TRENDING NOW
God Is Your Strength | Why ‘Shacking Up’ Should Be Legitimized | Bible Comes To Life: Skull of Goliath Discovered Near Jerusalem | Justin Bieber’s New Wife Opens Up About Her Faith In Jesus And How It Helps Her Deal With Past Mistakes | Just Look To Jesus | Kanye West Is A Billionaire – Forbes | Take Charge Of Your Life | Break The Boredom: These Are 10 Of The Most Interesting Instagram Accounts To Follow Through Quarantine Season | Jesus Is Everything You Need Him To Be |

Times have changed and so has the perception of marriage. In the recent years, it has become increasingly old-fashioned in our society to privilege married people and to treat matrimony as more respectable than any other lifestyle – cohabiting, per se.

The political atmosphere has taken a lead role in this and even blossomed above the cultural and religious establishment, to redefine what social behavior should be like.

In 2012, government of Kenya approved a bill that would recognize cohabiting after six months as legal marriage.

This is what social commentator, Jessica Kibirango, a Nakawa based marriage counselor referred to as the cynical side of liberalism and a secularization of everything.

“It is absurd,” she maintains, adding that permissiveness exudes intolerance towards any traditional attempt that was installed from the very beginning to try to cage indiscipline. Only now for modernity to think it’s against people’s rights and freedoms.

Back in the day, it was bad enough to have sexual intercourse while you are not married. One night stands were unheard of, except, of course, at a brothel, where men pay up prostitutes for the service. However, things are not as they were.

Talking about the new sex trends in the city, one observer painted the picture quite earnestly when he remarked that these days people have sex like a greeting. It could be anywhere with anyone, anytime.

It’s even more apparent today in Universities. As it turns out, students are not anymore waiting to graduate, have a job and take a wife. They just can’t wait that long.

Alternatively, as a boy bumps into this very personable course-mate of his, and there’s this mutual attraction, a lunch break is all the time they need for them to agree on a sleepover. More likely the girl will visit.

When it all goes well, the two never want to let go. They eventually decide to move in together, and that’s like the boy’s bold way of marking his territory. They pronounce each other man and wife – well, until farther notice. This is called cohabitation; the situation where a man and a woman live together and have a sexual relationship without being married.

Unlike in the past, many young people today, don’t ever stay one day longer with their parents after their graduation and this is largely because they have since been running their own family that have to go back to.

Today, more cohabiting couples walk down the aisle to formalize their relationships than ever before. According to the advocates of this arrangement, it makes a lot of sense.

Yokaana Sserunjoji, a 56 year old resident of Nasuuti, Mukono is a retired teacher and he narrates that by the time he took his wife, Cate, to the altar, he had lived with her for eight years, since their college days when the two met.

“It has its advantages,” he confers.

“You give yourselves such enough time that you never rush into anything,” Sserunjoji adds passionately, “By the time I married my wife, I was sure I loved this woman.” He adds that couples who live together learn about each other and start to form an identity working as a team. “Through time, the other person’s priorities and values become clear and couples can see if these really align before putting marriage on the table.”

Living together is the ultimate test

If you can love each other even after realizing that it’s not always going to be fun, chances are, you will be in better shape for your marriage.

For instance, if you’re both willing to consciously keep the romance flame alive, you’re on good footing for a great marriage because your sex life and passion will have been tested.

According to Disan Lukenge, a second year student in Kyambogo University, cohabiting can shine light on the couples’ differences, and help them decide if it’s worth reconciling their differences before they get married.

However, even with its numerical growth and spread through society, cohabitation is not as socially acceptable as marriage. If cohabitation were as vibrant, it would have a larger prevalence in older generation.

Therefore cohabitation is socially tolerated in part because it is expected that cohabiting partners will eventually become marriage.

Having said all that, however, it is important to note that the Word of God is the ultimate counsel on this – and it so much ties a couple moving in together only after marriage. 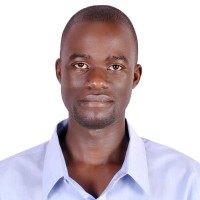 Jesus Is Everything You Need Him To Be