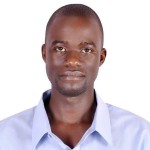 “What I learned, being married, is that every mistake that I made and bad decision that I made, and everything that I was making myself feel guilty for, led to me being married and me being a wife

Top model, Hailey Bieber has spoken openly about her faith and past struggles with guilt and shame. According to Premier Christian, the world-renowned model, who also happens to be the wife of pop star, Justin Bieber, talked about the challenge of growing up in a Christian home and putting pressure on herself to always be a “good girl.”

In an interview aired on the Hillsong YouTube channel, Hailey explained that just a few months into her marriage, she began to feel overwhelming guilt for her past mistakes.

She explained: “I think where it stems from, for me, is that I was raised in a Christian household. I grew up with Christian parents and I put extra guilt on myself to be this good girl, to fill this role of being like this goody-two-shoes, good girl, and what I learned leading up to being married is it’s just not realistic.

“What I learned, being married, is that every mistake that I made and bad decision that I made, and everything that I was making myself feel guilty for, led to me being married and me being a wife.”

Hailey noted that “for the first six or seven months of being married” she was “just ridden with guilt.”

The model said she would often think, “I wish I hadn’t done this. I wish I had just walked into this clean and free and [with a] clean slate.” Despite her mistakes, however, Hailey realised the key lessons she learned.

She explained: “What it taught me is that it’s just a) not realistic, and b) we all have guilt and we all feel shame for things we’ve done, but it doesn’t have to define who we are, and it didn’t have to define me in my relationship.”

Hailey said she and her husband are “constantly evolving in Jesus.”

The Biebers have been increasingly open about their Christian faith in recent months. In a new reality show on Facebook Watch, the pair have been covering a range of deep subjects including faith, forgiveness and mental health.

“There was a lot of forgiveness that you needed to have towards me and vice versa. We both had made mistakes. I think when we understand how much God has forgiven us and given us grace, it gives us the ability to give each other grace,” Justin told his wife in one episode. “I totally agree,” Hailey replied. “You take a person with all of their mistakes and faults and all of the decisions that they’ve made.”

“But how do you forgive someone who doesn’t deserve to be forgiven?” Justin asked.

Hailey replied: “Because we know that we were forgiven first.”